Today’s post is something of a triple-decker; we have a book review, an excerpt and a giveaway all heaped together! Be sure to check out the whole thing if you want to get your hands on a copy of this fantasy novel! 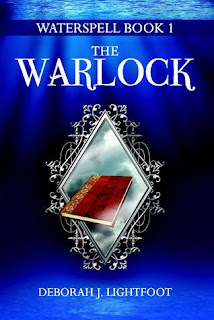 “Drawn into the schemes of an angry wizard, Carin glimpses the place she once called home. It lies upon a shore that seems unreachable. To learn where she belongs and how to get there, the teenage traveler must decipher the words of an alien book, follow the clues in a bewitched poem, conjure a dragon from a pool of magic — and tread carefully around a seductive but volatile, emotionally scarred sorcerer who can’t seem to decide whether to love her or kill her.”

Before we get into anything else I think I’d like to share my opinion of this novel!

For starters I have to point out that the book description (above) doesn’t do it justice. When I first read it I wasn’t certain I wanted to review this book, it didn’t have the right tone for me… thankfully I chose to read a sample and was thus convinced to give it a try.

The beginning wasn’t my favorite, it seemed a little awkward and it took me probably a chapter before I started warming up to the story. By that point I’d gotten used to the author’s style of writing and before I knew it the book was finished and I was left wanting more.

It’s a fun read and reminded me slightly of Beauty and the Beast, (which happens to be one of my favorite Disney Fairy Tales…). Deborah obviously did her research and put a lot of time and effort into the book. Her love of literature is plainly evident and she weaves a tale that comes from the mind of an avid reader.

It’s a great medieval tale, and would be equally as interesting for men as women. (It’s no wispy piece of fluff fiction!) The complexity isn’t too high; minimal amount of characters but there is certainly plenty of mystery and twists and turns.

Though there is some violence and a few gruesome scenes I would say it would be suitable for most older teens.

I would recommend it to anyone who enjoyed Lewis Carrol’s novels or is simply looking for a fun read.

Warning: This book ends on a CLIFFHANGER, so be prepared to want to read more! If I had the second novel I would have started it the instant ‘The Warlock’ ended.

Luckily both the second and third books are already available so you don’t need to worry about feeling unsatisfied!

Excerpt from
WATERSPELL Book 1: The Warlock
by Deborah J. Lightfoot
From
Chapter 9. The Note
The figure in the doorway seemed half trapped by the darkness of the corridor behind it, its features sunken, hollow, as indistinct as if charcoaled with heavy, slashing strokes. The eyes were lost in pits of deepest black, but still Carin felt the force of the gaze. It drove her back against the window. It made her draw in her breath: one short, quick gasp followed by another so sharp that her throat constricted. And then it gripped her so tightly that she could not breathe again—
—Not until the figure broke its stillness. Stiffly, it leaned to place a lamp upon the table by the door. And as the light fell upon it from this new angle, the face emerged from the gloom to become recognizably Verek’s.
Shadows! Carin told herself fiercely, gulping for her next lungful of air as if the warlock’s movements had triggered a reflex. You’re jumping at shadows.The lamp Verek had held had illuminated his face from directly under his chin, rendering his features grotesque. It was a trick of the light such as children played on Mydrismas Eve to frighten each other with spooky faces.
Carin leaned against the window and kept quiet. With her breath still convulsing her throat, she couldn’t trust herself to speak without a quaver—and any tremble in her voice would betray a fear she didn’t want him to see.
Verek addressed her in cool, clipped tones. “Be easy. I have not devised new torments for you. I know you loathe the sight of me, so I shall keep this visit short.”
He laid a thick volume down, next to the lamp. “This is a book of woods’ lore.” He rested his finger on it. “I charge you to study it well, for your life may depend on a mastery of its contents … You will study the book until you know it better than you know your own mind.
“When spring comes, I will question you to discover the depth and breadth of your knowledge. If I am satisfied that you’ve mastered every particular of each page, I will allow you to continue your journey northward—if that remains your wish. I think it likely, however, that when you have acquired a true understanding of the rigors of that place, you will see that you have come as far north as you can. Venture beyond my borders, and you will not survive.”
Verek paused.
Wordlessly then, he picked up the lamp and strode to face her at the window.
Carin recoiled from him, feeling the glass at her back like a sheet of ice against her shirt. The cold crawled up her spine. Her huge supper of half an hour ago lay in her stomach like a lumpfish swallowed whole. To avoid the warlock’s eyes, Carin focused her gaze over his left shoulder. As she stared into the comforting glow of the open bathing-room door, she thought only of holding down her dinner.
Verek shifted the lamp from his right hand to his left and raised the light to Carin’s face. Blinded, she could see nothing of his next movements, and started violently when his fingers touched her chin.
“Turn the bruise to the light,” he ordered, pressing against her jaw.
Carin squeezed her eyes shut and submitted to his examination, though her every fiber screamed a protest. When his fingers moved from her chin to touch her hair and lift it aside, she couldn’t help flinching away from him, her breath a piercing whistle through clenched teeth.
“The bruise remains tender, so it would seem,” Verek muttered, evidently misreading her horror of him for physical pain. “There’s some purpling yet, and slight swelling.” He stepped back a pace and lowered the lamp. “This would now be healed, had the poultice been left in place as I ordered. Who removed the dressing? Myra? Or yourself?”
“I did,” Carin whispered, her head still twisted away from him, her eyes closed. “I wanted to wash the stain off my face.”
“Hmm. If you had permitted the ocher to mar your beauty for a few hours longer, the bruise would now be gone, and the lump with it.
“No matter.” Verek turned on his heel and walked to the door, to replace the lamp on the table. Not looking back, he spoke over his shoulder. “A day’s time will remove the last traces of your injury. Therefore, you may spend tomorrow in bed, or with your books, or as you please. But at first light the morning after, be at your task in the library—or answer to me.”
Then he was gone, the bedroom door closing solidly behind him.
Carin unlocked her knees. She slumped to the floor, where she had no company for a time except the hammering of her heart and the rush of short, quick breaths …
Copyright © 2011–2012 by Deborah J. Lightfoot. All Rights Reserved.
Enjoy a longer sample at www.amazon.com 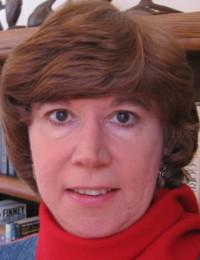 Castles in the cornfield provided the setting for Deborah J. Lightfoot’s earliest flights of fancy. On her father’s farm in West Texas, she grew up reading extraordinary tales of adventure and reenacting them behind tall ramparts of sun-drenched corn. She left the farm to earn a bachelor of science degree in journalism and write award-winning books of history and biography, including The LH7 Ranch (University of North Texas Press) and Trail Fever (William Morrow, New York). High on her Bucket List was the desire to try her hand at the genre she most admired. The result is WATERSPELL, a complex, intricately detailed fantasy that begins with Book 1: The Warlock and Book 2: The Wysard, and concludes (for the present) with Book 3: The Wisewoman. But a legal pad filled with notes and tucked away in a desk drawer suggests a possible Book 4 before the saga may fairly be said to be finished.

Deborah is a professional member of The Authors Guild. She and her husband live in the country south of Fort Worth, Texas. Find her online at www.waterspell.net.

*Disclosure of Material Connection: I am a member of Reading Addiction Blog Tours and a copy of this book was provided to me by the author. Although payment may have been received by Reading Addiction Blog Tours, no payment was received by me in exchange for this review. There was no obligation to write a positive review. All opinions expressed are entirely my own and may not necessarily agree with those of the author, publisher, publicist, or readers of this review. This disclosure is in accordance with the Federal Trade Commision’s 16 CFR, Part 255, Guides Concerning Use of Endorsements and Testimonials in Advertising*