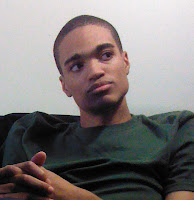 I’m super excited to have Bertel King, Author of Painting Thoughts, with me on the Apothecary today.

He has kindly agreed to answer some of my questions and submit to a brief cross-examination.

Bertel King, Jr. sculpts with words. A senior at the College of William & Mary, he is studying history and government while working on a sequel. He hopes you’ll enjoy your trip through Allsterra. 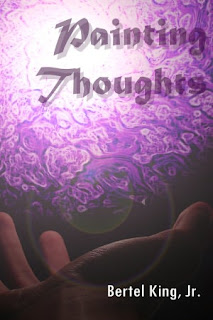 “Kae, a student on the planet of Allsterra, must paint thoughts in others’ minds while keeping them far from his. But on Allsterra, a magical planet of elves and humans, being a one-of-a-kind mixed blood makes painting, friendships, and first love easier said than done. When a murder breaks out at Two Branch Academy, Kae finds himself embroiled in a far-reaching conspiracy threatening not only his school but also his life. With only a gleeful smiley face claiming credit for the blood spattered through the halls of Two Branch, headache and heartache push Kae’s body and mind to the brink.”

What Authors/Books got you hooked on reading/helped you choose which genre to write in?
One of the first series to stir passion in me was the Pendragon series by D.J. MacHale. I started reading his work while I was in middle school, and I absolutely fell in love with his ability to make his characters seem believable and their world come alive. As each book in the series took place on a different world, I was impressed by the creativity he was able to channel for each new installment. I never finished the series, and I wonder what I would think of the books now, were I to re-visit them all these years later.
My favorite author is currently Khaled Hosseini, the author of The Kite Runner and A Thousand Splendid Suns. I read these books during my senior year of high school, four years ago. I was blown away by Hosseini’s prose, and these books, the second one in particular, were the first to make me fight back a few tears as I read. Actually, to this day, I think they remain the only books to have evoked such a strong reaction from me. I had already written most of Painting Thoughts by the time I read his work, but his writing style definitely inspired me, despite my chosen genre being so different from his. From the time I started writing my book, I intended to make it accessible to people who weren’t necessarily big fans of fantasy or science fiction. I wanted my characters to feel real, and by extension, so would their world. It’s all about telling a convincing story, and to this day, Hosseini motivates me to push myself further.
If you could choose one Author to read ‘Painting Thoughts’ and give you an honest opinion, who would it be?
When it comes to the quality of my prose, I would love to get feedback from Khaled Hosseini. I have yet to encounter an author whose story moved me so much based largely by the way it was written, rather than what it was about. I don’t want to imply that I wasn’t interested in the content of his work, because I deeply was, but his prose just took it so much further.
As for the content of my work: the plot, the character development, the authenticity of the world; I’d love to hear the opinion of Orson Scott Card. I haven’t read much of his work, just Ender’s Game, but I feel that novel had the strongest plot of any I have ever read. Every aspect of the story came together to form a cohesive whole, and I was thoroughly surprised by the ending. 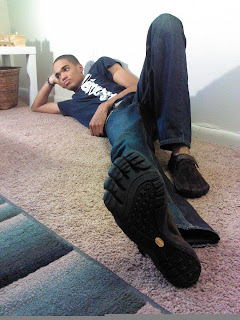 When/Where did you first come up with the idea for your novel?

I don’t remember an exact time or place, to be honest. I do remember that I started the novel at the end of my sophomore year of high school and finished it a few months into my senior year, roughly four years before I made it available to the public. I had written stories for most of my life, and they were always works of fantasy or science fiction, so I knew what book I managed to finish would fall under this genre.
What made this story special was that it was immensely autobiographical. Painting Thoughtsis in many ways the story of my high school experience. It’s a love story, but it’s wrapped in so much more. I’m black and my girlfriend at the time was white. We were not allowed to date each other because of the color of my skin, and this had profound effects on me as I was grappling with my identity and growing into adulthood. Painting Thoughts was a vehicle for me to acknowledge and understand what I was going through.
Painting Thoughts also reflects many of the interactions I had with other high school peers, and I feel that it is due to these personal relationships that the book is as accessible as it is. Anyone who has gone through the high school experience should be able to relate to Kae’s world, even though they’ve never been to Two Branch or witnessed someone cast a lightning bolt from their finger.
Why did you choose to self-publish?
I grew tired of sitting on the manuscript. I knew I had created a beautiful story, and I wanted to share it with others. If it doesn’t sell a million copies or get reviewed by the New York Times as a result, I’m okay with that. My passion is in writing, not in hunting for a publisher, and self-publishing allows me to focus on precisely that. If my work isn’t any good, readers will let me know, but so far, the response has been positive.
What’s next?
I started the sequel to Painting Thoughts immediately after finishing the first book, but due to the rush, excitement, and workload of college, writing it has been a much slower process. I’ve also started another story on the side that is entirely unrelated to Painting Thoughts. I don’t know which I’ll finish first, but I’m excited to find out how both of them will end. I don’t plan out my writing, so where each story goes is as much a surprise to me as it is to the reader. I don’t think I’d want to have it any other way.

If ‘Painting Thoughts’ was a recipe, what would it look like?

Painting Thoughts is a salad. Parts of it are pretty familiar to most people. It has spinach (simply because I prefer spinach to lettuce), slices of tomato, and croutons. Some of its additions are less universal, such as the handful of olives, the slices of green pepper, and the chick peas. Salads can be deceptive, tasting completely different depending on the proportions and how thoroughly they’re mixed. Experiencing a salad is as much about the nuance of how it was constructed as it is about the ingredients that were chosen.
As for the dressing, it’s hard to identify what vinaigrette has been spread on top, so I’ll leave that up to the reader’s imagination. They’re free to use as much as they want and mix it in as thoroughly as they want. And if they want cheese on top, go for it. After all, that’s what painting thoughts is all about.

“Right from the beginning, I want to disprove the belief that all dark things are evil and all light things are good.”

Bertel mentioned that he is planning to release Painting Thoughts on Smashwords at some point in the future as well, I’ll be sure to mention it when he does!

I hope you enjoyed this interview as much as I did, Bertel really went above and beyond when answering these questions. I loved the opportunity to get to know him, not just by his works, but as an individual. Knowing that he loved Ender’s Game just as much as I did, and discovering the story behind this novel has inspired me to add Painting Thoughts to my ‘to-read’ list.

One thought on “Author Interview with Bertel King (Painting Thoughts)”