Hello all and welcome to the Apothecary. Today you’ll get a sneak peek into the mind that created the brand-new steampunk/fantasy novel ‘Blightcross‘ that we have been featuring this week. For more information about the novel check out the Excerpt and Enter the Giveaway!

I hope you enjoy the interview! 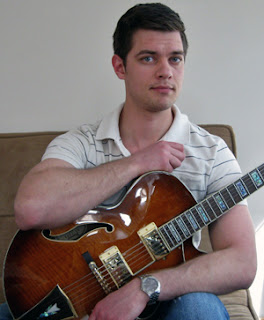 “C. A. Lang is a product of Nelson, British Columbia, and it shows. Growing up around Victorian architecture likely had something to do with his appreciation of steampunk, although we’re not quite sure why he felt the need to ditch the steam engines and go all internal-combustion on the genre. He has settled in Kelowna, B.C., where sometimes he can be found abusing a gigantic jazz guitar in public, hanging around certain wineries, and running obscene distances.”

Hello Clayton, welcome to the Ebook Apothecary! Congratulations on the release of ‘Blightcross’! Tell us a bit about the publication process and your experience working with Tyche Books.

Thank you for having me! Having Tyche Books publish my novel was an easy, fun experience. I had briefly dealt with Margaret years ago when I had first submitted this novel to another publisher, who ultimately decided to pass. When Tyche Books came into being of course I wanted another shot with her, despite having been out of the scene for a couple years due to my attempts at being a responsible adult. I loved the editing process–it really tightened the manuscript more than I could have done alone. The cover turned out exactly how I’d wanted it. I think the only disagreement was whether or not there is an “e” in “whisky,” which depends on where the speaker and the whisky are from. By that I mean it went as smoothly as anyone could ever want.

When did you first come up with the idea for ‘Blightcross’?

Five years ago, or maybe more. I’d just been heavily into Michael Moorcock’s The Chronicles of Castle Brass and some other steampunk-ish novels. Ever since reading Moorcock’s work, I’ve wanted to write more risky, non-traditional fantasy. Also at the time I was into modern gems like Ulysses. All of this led me to think that there was so much going on in people’s heads in the interbellum period, and that a fantasy novel in that setting would have so many cool possibilities.

Who was your favourite character to write and why?

Great Leader Till Sevari was a lot of fun to write because of how screwed-up he is. He’s not even bad or evil. I know that’s a cliché but it’s true. The man has been traumatized and warped and propped up by a very confused population of crazy people. He’s a symptom. It could have been anyone in that time and it’s no reflection on him personally, unless you believe in the Great Man theory and that people like that arise out of a vacuum. But for the purposes of this novel, writing Sevari was essentially writing the entire nation’s postwar personality disorder. Of course Capra is my favourite character in general, but as for writing, yes, it has to be Sevari. 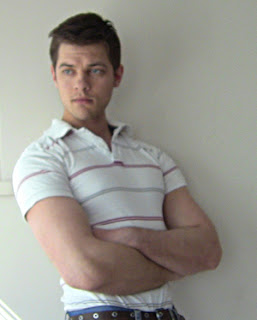 The world you’ve created is very intriguing; something of an industrial steampunk setting (just without the steam). What can you share about the technology and why you chose this particular setting for your novel?

I grew up around cars and electronics and mechanical things. There was endless talk about engines and so on at our house. So as a small-town middle class person, these are always part of my makeup no matter how pretentious of an artist I become. Because of that, and that I liked fantasy novels, steampunk naturally appealed to me. But I found that type of technology too limiting and the Victorian psyche far too naive. Jules Verne is thrilling and will always be one of my favourites, but it’s hardly confrontational or challenging, and that that’s how I want to write. Also, it was just plain fun to work out how magic and that level of technology would interact. For example, while they have aircraft and oil, development of other devices we’d assume they’d have ended up a little behind–like infantry weapons and medical technology. That’s because magic users filled the need for those technologies previously. So it was fun to play with. On a deeper level, I meant to use a dirty industrial setting to highlight physical reality–this is my own reaction to our tendency nowadays towards what I see as an odd relationship between our minds and the physical world.

Do you have plans for any additional books in the ‘Blightcross’ world?

Of course! There’s a lot more there, and I have the next novel partially outlined. You can get a vague hint of future stories from my short story Tidal Tantrums, which appeared in Tyche Books’ Ride The Moon anthology. The situation in Blightcross didn’t allow for a lot of aspects that I’m going to write in the next one.

If there were a recipe for ‘Blightcross’, what ingredients and instructions would it contain?

Start tractor, preheat exhaust manifold to normal operating temperature. While the tractor warms, rub the sirloin with black pepper and ground coffee. Sauté shallots in a saucepan. Once caramelized, deglaze the saucepan with chocolate porter. Add a knob of butter and beef stock. Boil on high heat and reduce. If a mad dictator walks by and tells you to get back to work in the oilfield, punch him in the neck and tell him that labourers need meat and potatoes, not gruel and vegetables. Once the reduction boils down enough, add another knob of butter and reduce heat. Now drop the sirloin onto the exhaust manifold for no more than two minutes per side. Serve with hacked-up potatoes and a glass of dark ale.

Now, I know you must be a little intrigued after that! Take your curiosity a step further and go read an excerpt from the book, check out C.A. Lang’s blog, enter to win either the ebook or a paperback copy, or check out all the locations you can pick up a copy of the novel:

You can find Blightcross as an ebook on Amazon, Smashwords, Kobo Books and Barnes & Noble,

Or the paperback on Amazon, Barnes & Noble and Chapters Indigo.